Over the many travels I have had the privilege of taking theses past few years, I have seen and experienced lots of wonderful things. Each city, region, or national park I’ve been to has been its own unique concoction of God’s imagining, but there are some things that every place has in common. One thing I have noticed in particular is that everyone and everywhere has news.

The Bible says that on the sixth day, God created Adam, and I’m sure that soon after, Adam was asking about the making of this world and God was telling the news. Ever since, all of humanity has been obsessed with news, from the battle of marathon, to Paul Revere’s midnight ride, to the local gossip of every village since Adam and Eve. News has always played an intricate role in the story of humanity. (Frankly, news IS the story of humanity). And this is not a bad thing! As humans created in God’s image, we are hard wired to aspire to reflect God’s all-knowing quality, His “omniscience”, by striving to know about the world around us. It’s no coincidence that our charge as Christians is to spread the “Good news”.

But I have noticed over the last two weeks of being largely out of touch with the news, just how quickly news happens in today’s world, and just how easy it is to drown in news that sows fear instead of the hope of the Gospel.

My mom has been my messenger, texting me about the days events for me to receive every time I happen upon service. Every few days I get her updates and it’s made me realize just how fast our news cycle is in 2017. Between updates, stories are born, dominate TV and social media, and die within 24 to 48 hours. The term “15 minutes of fame” has never been more literal!

I’ve been receiving  these updates all while spending time seeing the glory of God’s creation in places like the snowy peaks of the Grand Tetons, the awesomely weird mud pots of Yellowstone, and the stunning “Going to the Sun Road” in Glacier National Park. I’ve learned that information hasn’t always spread as quickly as it does now. On our last night in Glacier, we were able to sit atop the mountains and view the wonders of the night sky with several local astronomers. While taking in the stars, one astronomer noted that this was the same view that virtually every human being had each night up until about 150 years ago.

Isn’t that incredible? I was reminded of the unchanging nature of God. Every night He puts the stars on display to show us how BIG He is and how small we are. How much He must love us to go to the trouble of giving us such a view! Even though our God is unchanging, we tend to so often get caught up in the world’s ever changing and always incredulous news. Whether it’s on the tv, or in the work place or family, we spend so much time and energy worrying about news that we forget what’s important: God’s news.

Since the dawn of creation, God has been writing the same piece of news over, and over, and over again. “I Am God, and I love you.” This is news worth hearing! This is the Gospel, the good news! In fact, when Mark sat down to compile Peter’s sermons telling the story of Jesus’ life, he announces the story by saying in Mark 1:1 “This is the Good News of Jesus the Messiah, the Son of God.”

Jesus came to Earth to spread the good news about the kingdom of God, and after His resurrection, He charged us to go tell the same good news, and for the last 2,000 years, that news story hasn’t changed, it hasn’t gotten tired or become old hat, and it hasn’t lost one iota of it’s power! The one who broke this story also died for it, and it still did not change. He then conquered sin and death for it, and still it has not changed. The story has been passed to us over two millennia and it has come to me without changing. No, just like the stars in the sky, I did not just discover it; rather, it has been making it’s way to me since the dawn of creation.

For that reason I will do just as so many others who heard before me. I will tell others, I will live my life in light of it, and, one day, I will die for it.
Praise be to our unchanging God, who has not left us out of the loop, but has brought us in, by His grace, to an understanding of the truth through the good news of His son, Jesus Christ. Amen.

If you would like to join us in spreading His news through prayer or financial gifts, please click here to join our team!

One thought on “Same Old News”

Rhett and Elisa have been married since May, 2016. After graduating from Ozark Christian College in 2017, they currently serve on staff at Movement Christian Church, a church plant in Merrimack, New Hampshire. 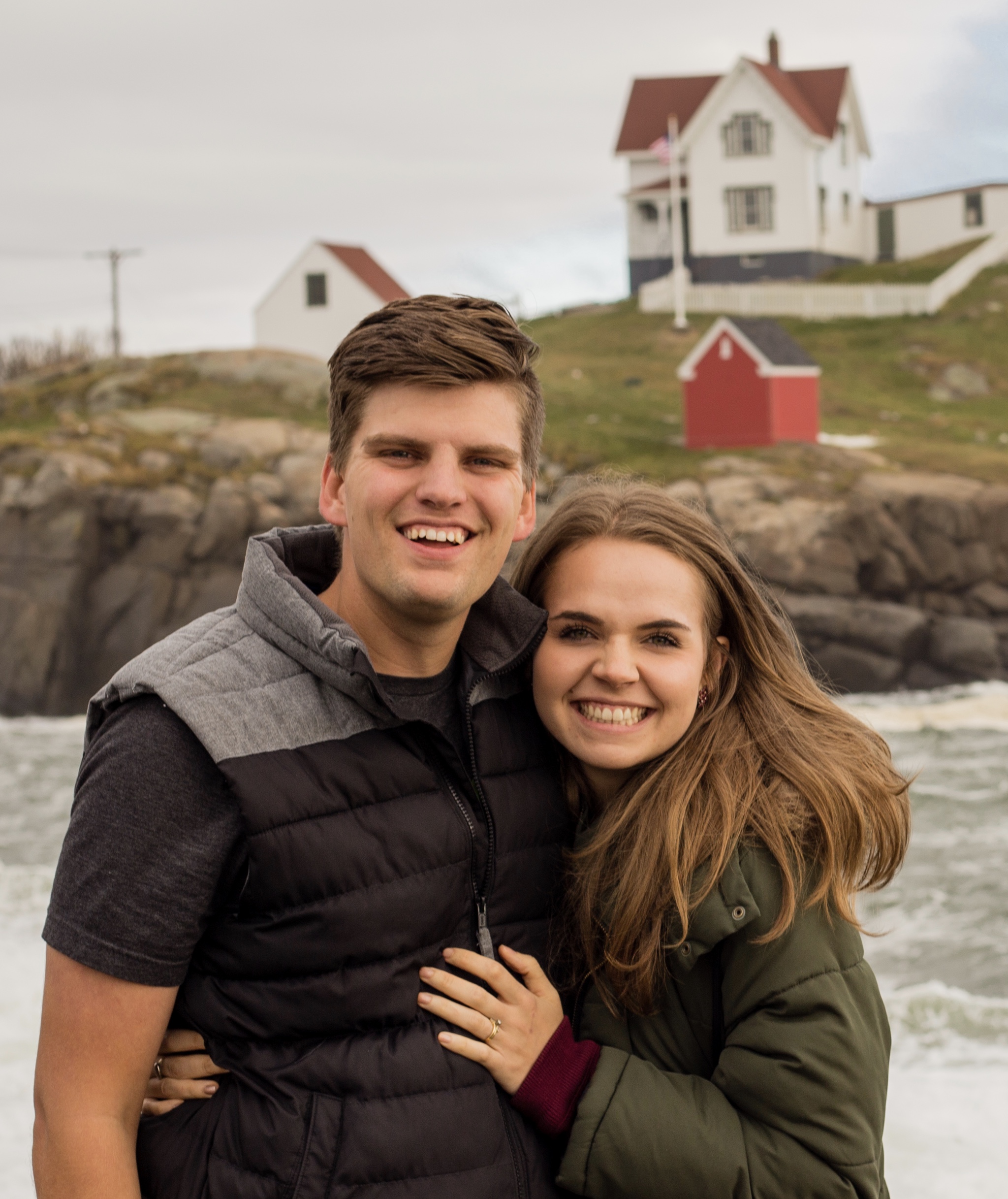 "The harvest is plenty, but the workers are few. Ask the Lord of the harvest, therefore, to send out workers into his harvest field."
%d bloggers like this: